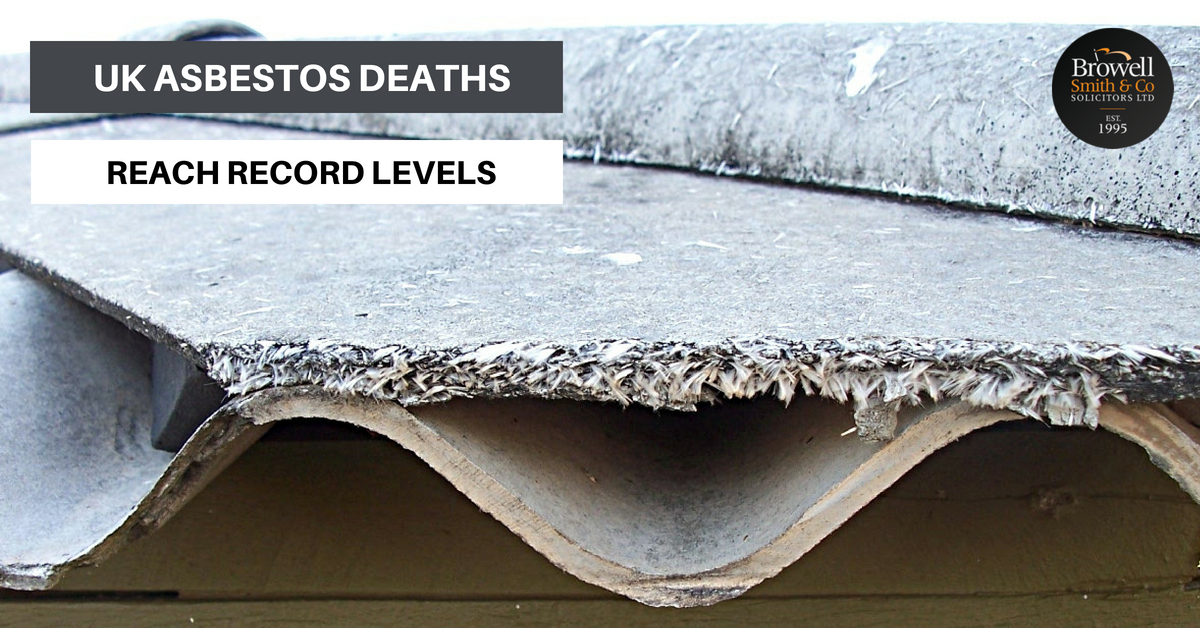 The death rate for Mesothelioma, the asbestos-related cancer, reached record levels in the UK in 2016, new figures have shown.

The latest statistics, published by the Health and Safety Executive (HSE) in July 2018, show there were 2,595 deaths from Mesothelioma in 2016.

As always, the North East of England is the worst affected, with a male death rate of 99 per million – the national average for the whole of Britain is 68.8. The female death rate in our region is 17.8 per million, again the highest in the country.

Although the national mortality rate has decreased slightly, this can be explained by a growing overall population.

Bear in mind these figures are for Mesothelioma, and not for other diseases such as asbestos-caused lung cancer, asbestosis or pleural plaques.

Why are more people dying of asbestos-related diseases?

Although the widespread use of asbestos as a building and lagging material in our shipyards, factories, buildings, etc, stopped a long time ago, asbestos diseases have a long latency period. This means the symptoms don’t present until a long time after exposure – sometimes several decades later.

It has been predicted for many years that the period from 2010 to 2020 would see Mesothelioma deaths reach their peak, and we are currently seeing the worst of that.

The latest projections from the HSE claim that the death rate will begin to reduce over the next decade, but we will still be facing thousands of deaths per year, for years to come.

Why were people exposed to asbestos?

In many cases, people were exposed to asbestos while at work. The sickening element is that a lot of this exposure took place after employers were aware of the dangers – they simply failed to warn workers of the dangers or provide staff with adequate protective clothing.

In other cases, wives of workers were exposed when they would launder their husbands’ asbestos-covered work-clothes. This is known as third-party exposure.

Browell Smith & Co has a reputation for fighting for justice for people negligently exposed to asbestos, and we will continue to do so. You can read more about our work with sufferers of asbestos-related conditions here.

If you, or a family member, have developed an asbestos-related condition and believe it was because of exposure at work, we may be able to help.

Contact our expert team today to arrange a no-obligation chat at any of our offices, in Newcastle, Cramlington, Ashington and Sunderland, or alternatively by 0800 107 3000, to discuss your particular requirements.

Find Out More Back to News

When you call for an ambulance, you generally want it now. To you, it’s an emergency and an emergency requires an immediate response. Often the...

Browell Smith & Company represent the Estate of a gentleman who sadly passed away of asbestos-induced mesothelioma. The Estate have confirmed that the Deceased was...