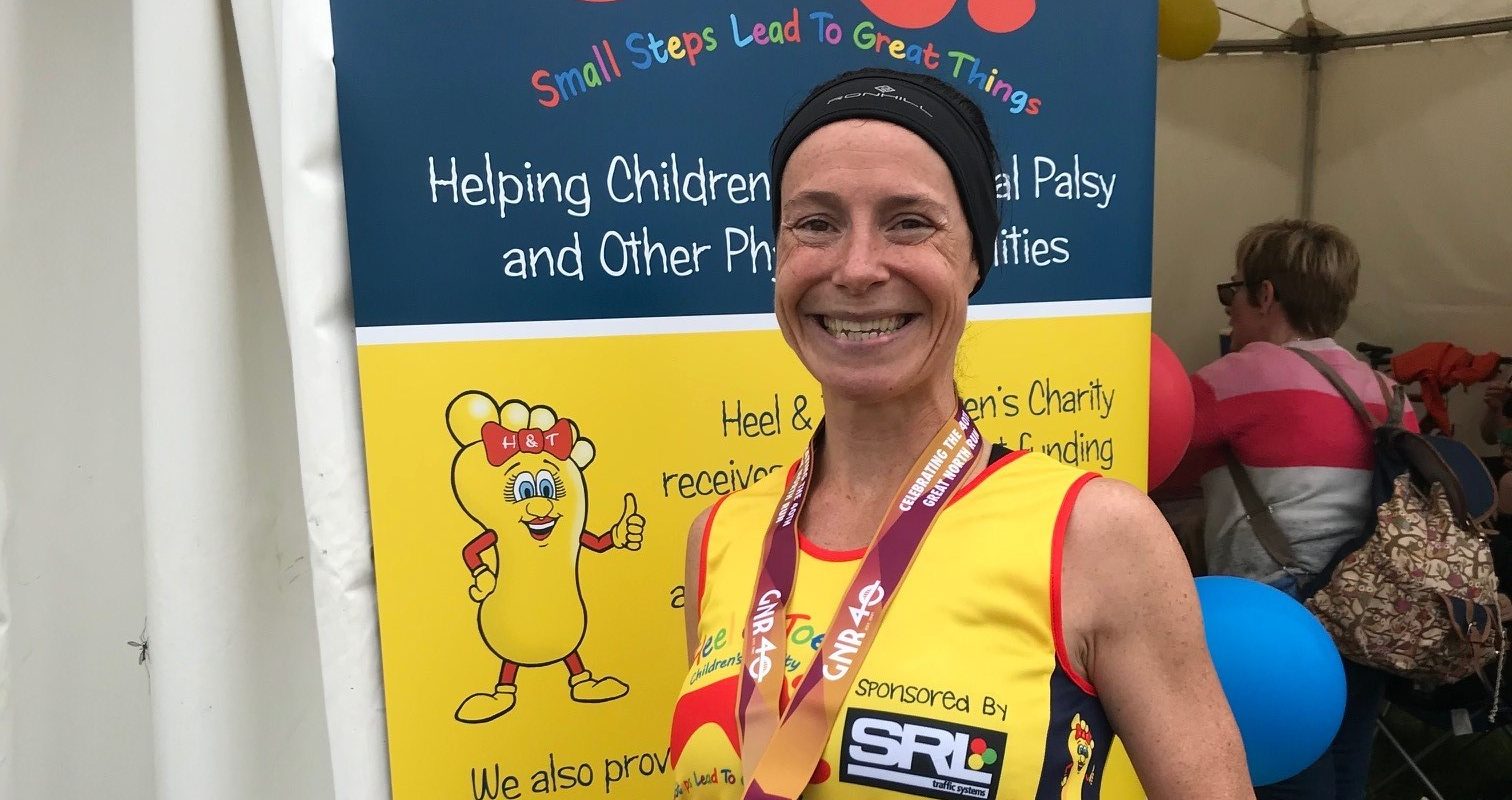 We’re pleased to announce that a member of our team, Michelle Thomson, ran the Great North Run on Sunday, and with the support of her husband has raised over £400.00 for the charity Heel and Toe.

Michelle is a keen runner and took this up around 4  – 5 years ago. She has had previous links with the Charity Heel and Toe in the past and ran the Great North Run for them in 2017, which was her first ever real race.  Since then she got the running bug and joined a local athletics club, North Shields Polytechnic, and has never looked back.

“I wanted to run the 40th GNR as it is so iconic and was given this opportunity by securing a charity place for Heel and Toe.

Heel and Toe are a children’s charity based in Pelton, Durham, they provide a range of therapies to children in the North East who have physical and complex disabilities. They are not government funded.

Heel & Toe Children’s Charity was established in June 2008. The ‘Not for Profit’ organisation was granted charity status on the 4th September 2008 and the centre was opened on the 4th October 2008, offering free Conductive Education Therapy for any child with Cerebral Palsy in an annex based at the Meadows School in Spennymoor County Durham.

Demand continued to increase for the range of services available from Heel & Toe.  By the end of 2012 the charity trustees decided it was time to find and purchase a building that would become a legacy for the children and parents of County Durham in the North of England.

Premises were found in Pelton and funding secured to refurbish a facility for the children of the North East Region.  The centre is a Beacon of Excellence and offers a range of therapies in one building improving the lives of all who access it. For these children, taking one step is an achievement never mind running a half marathon.

I was a little anxious of how the new route would be but I thoroughly enjoyed it and running through the centre of Newcastle was amazing. The crowds were fantastic and the support was unbelievable. The noise was deafening.

We’d like to say a huge congratulations to Michelle and everyone who took part in the 40th Great North Run this year!

If you wish to donate to the charity Heel and Toe, click here.